Fashion influencers are well dressed, and they come up with many fashion trends to make their fans happy.

These influencers develop new styles that make them gorgeous and outstanding from the rest.

In this article, we have come up with the best fashion influencers to check out according to their creativity, uniqueness, color, and style sense.

The New York-based fashion designer has a lot of hats on his head from journalist, writer, creator. She did a course specializing in diversity and fashion at Columbia University.

She founded EveryStylishGirl, a platform where he gives girls and women opportunities to get opportunities in fashion. She mainly helps women of color (black girls) to access the media.

Tanesha is a fashion designer who runs a blog called Girl with curves.

She talks about fashion and better style tips. On her blog, she mainly posts about her daily outfits and how to accept your body size.

She currently boasts over 450,000 followers. Tanesha started her career by designing clothing, and she landed a gig to create costumes for a ballet performance. She talks about many varieties of fashion from skirts, earrings, bracelets, rings, jeans e.t.c

She currently owns a collection meant for plus-size people than the average size. The group sells tops, skirts, and skinny jeans.

Ferragni is an Italian model and fashion designer featured in Forbes as one of the best fashion influencers.

She advertises herself through her blog and brand, which has won several awards. Chiara now boasts over 8 million followers and charges around $10,000 per Instagram post.

Ferragni designed clothes for Intimissimi and went ahead to open her fashion brand, which has grown to date.

In her latest endorsement, she has partnered with Nespresso.

Callie is a London-based creative and fashion designer. She talks about body sizes and positivity issues.

She started as a content creator, where she mainly discussed making foods that help cut weight. After some time, she came out and started From the Corners of the Curve, where they discuss issues without body shaming.

She advocated for the plus-sized people who argued that they also need fashion sense without victimization.

She has received features in Buzzfeed, the Vogue, and recently Cosmopolitan hired her as a columnist for plus-size topics. 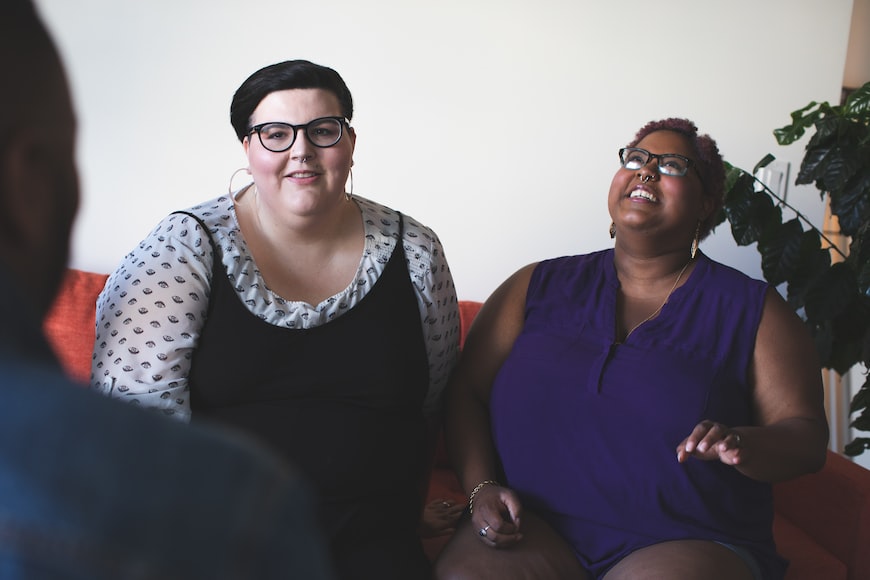 Olga is a New York-based fashion influencer and traveler who used Instagram to market herself.

She managed to change her career from pharmacy to pursue fashion. Her career began by taking random selfies with different outfits, which gained much traction from her audience.

Some of the big brands she has managed to work with include Mirat Paris, Vegan Tiger, and Mukzin.

She also noted that you have to be patient to become a successful fashion influencer as it takes a lot of time to build significant partnerships.

During the previous years, she has managed to team up with Lily Ravas Brand management, to bring the New York fashion week for luxurious brands.

She has influenced people to express themselves using different colors and patterns.

The American-based fashion designer and vlogger have a big audience, with her Youtube channel having over 2.5 million subscribers.

Her channel focuses on how you can embrace fashion using a small budget.

She has collaborated with some of the biggest fashion brands like Calvin Kleins, Clinique, and Macy’s.

Jenn launched her own clothing line ‘Edge’ which embraced Korean heritage. She recorded many sales, and they sold out in a few minutes. It has several releases during the year.

She has appeared on Forbes as one of the best fashion influencers.

On Her blog, the Chriselle Factor, he shares her outfits. It made her dive deep into the fashion world, garnering thousands of followers and viewers. It earned Lim a lot of interviews.

Lim has had many attendances at the New York and Paris Fashion week, displaying her outdoor fashion sense.

She now has a team of over eight people who help her run the platform.

Rochelle began her fashion career after her audience from Instagram, friends, and strangers encouraged him to try it.

She is the founder of Beauticurve blog. She talks about plus-size fashion.

She shares how to be comfortable with your plus size by wearing comfortable clothes on the blog.

The blog has grown now, and it helps curvy ladies to live a cheaper lifestyle.

The platform has grown due to the demand of plus size who wants luxury despite their shape, size, job, or status.

Marie has an agency that helps in dressing celebrities. She likes silhouettes designs.

She won the award of being one of the fashion heroes by Vogue magazine.

She later wrote many articles for big brands like Fashionista, CNN, and Zoe report.

She firmly believes that fashion is not about clothes but the reflection and self-expression of someone freely.

Fashion Influencing is on the rise.

Influencer marketing is one of the fastest-growing methods of marketing in all fields. It involves using different personalities to advertise fashion products and accessories like rings, earrings e.t.c on their platforms.

There are over 100,000 influencers on the internet, and in the above, we discussed the top ten. It is due to their influence and impact on their audience.